The Linden Tree Coffeehouse continues its 36th season of Making Memorable Music on Saturday, January 9th at 7:30 p.m. with an encore performance by David Roth, a Linden Tree favorite singer-songwriter. Due to Covid-19, the encore performance will be broadcast live over the Internet while audience members can be up close and personal in their favorite chairs. There is no set charge for the streaming concerts so families of all ages can enjoy the music. To watch David ‘s show here is one of the links:   https://www.facebook.com/DavidRothMusic/live.Viewers will also be able to find the show on YouTube and for those who like to be part of the audience, register for Zoom by emailing: Lindentree85@comcast.net 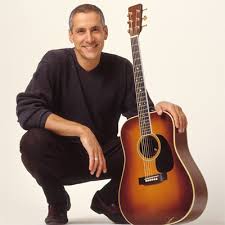 sense of the hilarious, and powerful singing and subject matter. As singer, songwriter, recording artist, keynote speaker, workshop leader, and instructor, David has earned top honors at premier songwriter competitions – Kerrville (TX) and Falcon Ridge (NY) – and taken his music, experience, and expertise to a wide variety of venues in this and other countries full-time for three decades. “David and his music will touch you to the very depths of your soul. He’ll make you laugh and cry, inspire you to rise and fly…”(Jack Canfield, co-author, Chicken Soup for the Soul)Many of David’s songs  such as “Rising in Love”, “May the Light of Love”, “Nine Gold Medals”, and “Spacesuits”, have found their way to Carnegie Hall, the United Nations, several Chicken Soup for the Soul books,  and the Kennedy Center,. Christine Lavin, Peter, Paul, & Mary, the Kingston Trio and others have recorded David’s songs. “Rocket Science” went up on the Space Shuttle Atlantis’s May 2009 mission to repair the Hubble Telescope!  Songs have appeared in the classic folk song books “Rise Up Singing” and “Rise Again” (sequel), and 15 CDs on the Wind River and Stockfisch (Germany) labels.  David has been the winner of 5 Positive Music Awards and the 2015 Grace Note (Unity Worldwide) for Outstanding Contribution to New Thought Music.“David is a true master of his trade, and a stunning example of folk music at its best.”  (Beth Murray, Ivy Chord Coffeehouse, Reading, MA)Although we cannot charge admission to these shows, it is expected that viewers would donate what they can.  Usually, Linden Tree Coffeehouse charges $20 for adults and $10 for those under 18 years old. Our performers have bills to pay and most of their live concerts since last March were cancelled for the year. There is much uncertainty when live shows will resume.  So be generous if you can, by donating $5 or $10 to David’s Pay Pal account or send in a personal check to Linden Tree Coffeehouse at 8 Dexter Lane, Wakefield, MA 01880, with a note for the performer.We thank the Massachusetts Cultural Council, Wakefield Chapter for supporting our concert series that  has allowed us to bring quality programming to our community. We also thank The Ivy Chord Coffeehouse for their help in bringing this special show to our area. If you like to be added to the Linden Tree email list, request at LindenTree85@comcast.net.  Include your name and email. For more information:   LindenTree85@comcast.net,  or phone 781-246-2836