From a review by Scott Alarik: How do you measure a hit song? In the pop world, it’s easy: you count how high it got on the charts, how many units it sold. In folk music, it’s more complicated. You ask how far it’s traveled, how long it’s lasted, and most of all, how many people have taken it into their own lives, made it their own song?

By those ancient measures, Bob Franke (rhymes with “Yankee”) is among the most prolific and important folk songwriters to emerge since the commercial revival of the 1960s. Many of his songs, like “Hard Love,” “For Real,” “Thanksgiving Eve,” and “The Great Storm Is Over,” have entered the American folk canon, frequently sung by major stars and open-mikers, church choirs and summer campers, recovering addicts at treatment centers, and spiritual seekers at religious retreats.

“There is an affection for Bob’s work that is really palpable,” says Noel Paul Stookey, of Peter, Paul and Mary. “It’s like everybody thinks that they’re the one who discovered him – and they’re all right! People know he has given them something rare and powerful, real and uncompromising. I have felt a lot of power in the appreciation people have for him.”

Martin Grosswendt is known for his own mastery of pre-war blues styles, his wry songwriting, and his years of touring as an accompanist with the late folk icon U.Utah Phillips. A W.C. Handy Award nominee with his group The Ragpicker String Band, he will be accompanying Bob on guitar and mandolin. 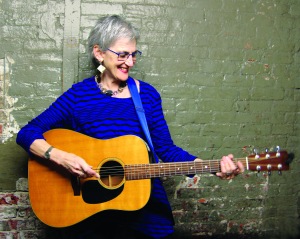 Deborah has been a fixture on the Boston area acoustic music scene since the mid-70’s when she was a founding member of the New Harmony Sisterhood Band. She went on to perform with the bluegrass band, Fire On The Mountain, before breaking onto the national scene with her solo album, “Around the Next Bend,” on the Flying Fish/Rounder Label. Following that, Deborah had an initial 9 year stint with the 4-woman a capella quartet, Taproot. After a ten year hiatus, Taproot, happily, has reconvened and is performing again. In addition to her solo album, Deborah recorded two albums with Taproot, “If You Build It” and “Grand Design.” See debobiz.com for more about Deborah.